This post has been published by me as a part of the Blog-a-Ton 52; the fifty-second edition of the online marathon of Bloggers; where we decide and we write. In association with Metro Diaries by "Namrata". To be part of the next edition, visit and start following Blog-a-Ton.

Happy anniversary! I have never written a letter to you. This would be my first time. You might wonder I waited till the end of the day to wish but you were unreachable. The day was long. The weather gloomy and so was my mood. It was supposed to be a bright day, wasn't it? When I woke up in the morning, you were gone. I kept looking at my cell phone throughout the day but not once did it flash your number. And my day was wasted in anticipation.

When I stepped out of office in the evening it was dark and raining, unusual for the season. The streets dimly lit in the yellow lights casted evil shadows on the street. And I felt an unknown anxiety and gloom hovering around me. Surprisingly, I was carrying an umbrella today. In spite of it I felt drenched inside, sodden and heavy. Perhaps the rain breaks your defense and you could hear the tiny voice wailing to be heard, only I didn't knew what was it crying for. I walked down the streets towards home, sandals splashing water. It was empty except for the street dogs. I had never seen these many before. They were whimpering and running for shelter.

The whole place looked different tonight and I walked in some extrinsic alertness. My feet followed the distant sound of rhythmic chants to the garden. The sound of the hymns against the crackling fire was hypnotizing. It was the first time I witnessed a cult in action. It was a strange night as if trying to wake me up. It was like opening a window you never knew existed. And the view beyond unthinkable. At a distance, beyond the rising fire and smoke, the leaning on tree were you, in arms of another woman. I saw you.

I couldn't believe my eyes. But there you were, right into the shameless act. I wonder if you have an explanation. Would you blame it on the rains? I do agree they could turn you inside out. Did it seduce you? Or was it the woman? I wish I had not witnessed it. I wish someone else had told me. It would have been convenient to ignore. But now your infidelity flashes before my eyes and I walk around like a corpse.

Our dinner passed silently, I expected not. At least a few words on our anniversary? If not greeting, at least condolence for our dead relation? At least when I asked you, how was your evening? But the glint that I saw in your eyes, it was the same I saw in the garden, when our eyes met. You saw me, didn't you? You saw me and you kissed her.

Dinner was good, you said pushing the plate. Should I have cursed you? You looked into my eyes and asked for desert, that simply. Your words pierced my heart and my eyes opened to your cruelty.

I would have broke down if not for the storm thundering outside that gave me strength. Perhaps it was the night to return the vices. It was satisfying to watch you eat the desert, spoon by spoon. You get what you deserve, you motherf* assho*.

This letter, the words, are cries of my soul. But you are unworthy of them. Perhaps, I will read them to your grave.

The fellow Blog-a-Tonics who took part in this Blog-a-Ton and links to their respective posts can be checked here. To be part of the next edition, visit and start following Blog-a-Ton. Participation Count: 19

P:S:. I couldn't make myself complete the cuss words...

Thank you for visiting and commenting :) 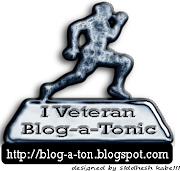 This work is licensed under a Creative Commons Attribution-Noncommercial-No Derivative Works 3.0 Unported License.